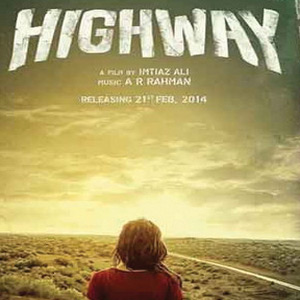 Highway is not your run-of-the-mill entertainer. Bearing the unmistakable Imtiaz Ali stamp, the movie is defiantly unconventional in its screenplay and characterization, especially of its leading actors. You could call it a road movie with a difference. It does have its shortcomings—the second half becomes a little tedious, with the plot hardly moving forward—but it also has beautifully etched moments that remain with you. Exquisite cinematography, with some sublime shots of northern India, is an undeniable asset of the film.

Just a few days before her wedding, Veera Tripathi (Alia Bhatt), the carefree daughter of a Delhi tycoon, is abducted by a gang of thugs led by a rustic criminal, Mahabir (Randeep Hooda), who shoves her into the back of a mini-truck and takes off in his vehicle across six states of India. After the initial fright and shock, the victim develops a bond with her tormentor and an unusual love story blossoms.

Not everything is convincing though. For one, the heroine’s shift from fright to the ultimate sense of freedom in captivity happens too fast. Also, the kidnapper’s motive for turning to crime seems a bit facile. As far as histrionics go, Alia is a revelation. This is just her second film, but she rises admirably to the demands of her meaty role. Randeep, with his simmering intensity, is effective. Both are better when they don’t have clunky dialogues to mouth, emoting instead through their expressions.

AR Rahman’s music is soulful and totally in sync with the mood of the movie. The Sufi track “Patakha Guddi” stands out.

So do watch Highway, but be prepared for some bumps on the way and some long silences. And don’t expect a Jab We Met kind of sunny entertainer. 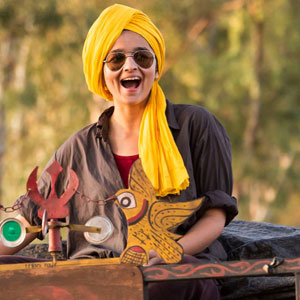