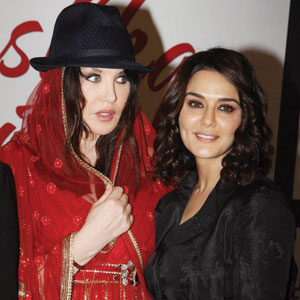 After a hiatus, Preity Zinta resurfaced on Mumbai's party scene with a bash hosted jointly by the French Embassy and Preity herself, in honor of French actress Isabelle Adjani, who stars in Preity’s debut production Ishkq in Paris. The who’s who of Bollywood attended, among them Amitabh Bachchan, who was seen with Isabelle.

Incidentally, Preity’s friend Salman Khan has agreed to do a cameo in the film which releases this September.