Rishi Kapoor, Juhi Chawla to reunite on screen after 10 years 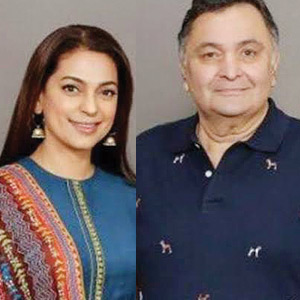 The popular pair of the 90s—Rishi Kapoor and Juhi Chawla—are all set to reunite on the big screen after a hiatus of 10 years. Rishi, back to work after his return from the United States where he was being treated for cancer, will be seen in a hilarious family comedy, as yet untitled, opposite the bubbly Juhi.

The duo was last seen together in Zoya Akhtar’s Luck by Chance. They later appeared in the 2016 film Chalk and Duster, but only for one scene.