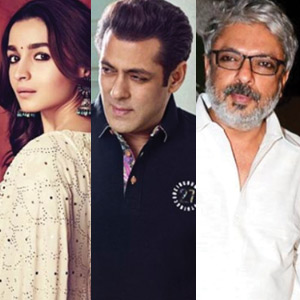 Inshallah, (God willing) this project is on. It’s confirmed that Salman Khan and the much younger Alia Bhatt will star in Sanjay Leela Bhansali’s new film titled Inshallah. It is being said that Shah Rukh Khan will also be featured in a special role. The film reunites Salman and Bhansali almost two decades after their hit Hum Dil De Chuke Sanam.

Grapevine has it that Salman tried very hard for Katrina to land the role but Bhansali zeroed in on the current flavor of the season, Alia.