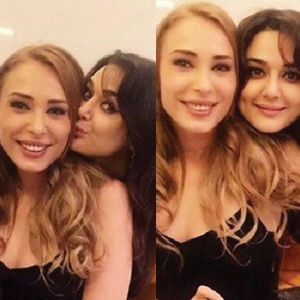 Salman Khan might not have admitted to his relationship with Lulia Vantur, but his actions sure spoke louder than words. The actor threw a lavish birthday party to ring in Lulia’s 36th birthday on July 25. Salman’s entire Khan-daan and his close friends including Preity Zinta, Daisy Shah, and Amrita Arora showed up at the bash and showered the birthday girl with hugs and kisses. But strangely, Salman himself was nowhere to be seen in the photos that were splashed all over social media!

The buzz is that the lovebirds will get married in December this year, probably on December 27, which is Salman’s birthday.