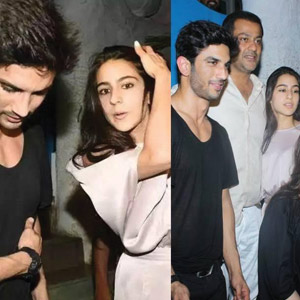 After months of speculations, it has now been confirmed that Saif Ali Khan’s daughter Sara Ali Khan will make her big Bollywood debut opposite none other than Sushant Singh Rajput in Abhishek Kapoor’s film Kedarnath, a romance set in the hill state of Uttarakhand. The pretty Sara, accompanied by her mother Amrita Singh, Saif’s former wife, was also spotted at a restaurant, along with Abhishek and Sushant.

While on Sara, rumor has it that Salman Khan wants her to play his brother-in-law Ayush Sharma’s love interest in his next production.