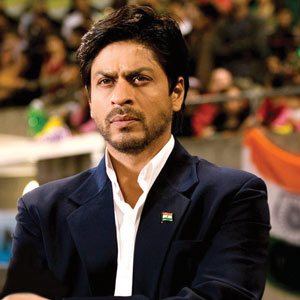 If the buzz is to be believed, then Shah Rukh Khan might be in the running to play Jawaharlal Nehru in Hollywood director Bruce Beresford’s film on Indira Gandhi. We’re waiting to hear what SRK thinks about the idea. A power-point presentation by Beresford’s team morphed faces of many Hollywood and Bollywood actors into those of characters from the film. One of the faces was that of SRK who seemed to fit Nehru’s character the best.

Shah Rukh himself is non-committal about the project.