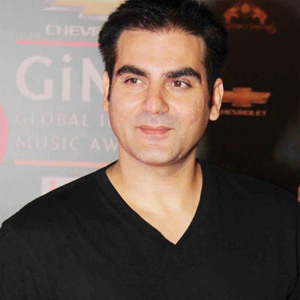 Salman Khan’s brother Arbaaz Khan celebrated his 50th birthday on August 4 with a grand bash at which a host of Bollywood stars turned up, besides, of course, Salman and other family members. But the two couples who made most heads turn were Sunny Leone and husband Daniel Weber, and Karisma Kapoor and rumored beau Sandeep Toshniwal. Lulia Vantur came along with Sonakshi Sinha, but surprisingly did not pose with Salman for clicks.

By the way, Arbaaz and Malaika seem to be going the Hrithik and Suzanne way. Despite being divorced, Malaika was very much a part of the celebrations along with their 15-year-old son, Arhaan.