Tom on an Indian Cruise 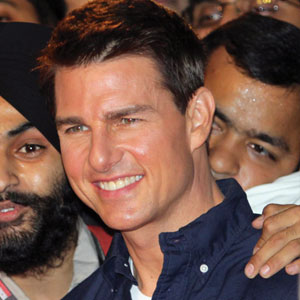 Hollywood heartthrob Tom Cruise partied with the who’s who of Bollywood till the wee hours of the morning on December 3 in Mumbai. Though Shah Rukh Khan, Salman Khan and Akshay Kumar gave the bash a miss, Aamir Khan, Farhan Akhtar, Preity Zinta, Sonam Kapoor, and ﬁlmmaker Rakeysh Omprakash Mehra were among the 150 guests at the do, hosted by Anil Kapoor at the Taj Mahal Palace. Cruise is in India to promote his ﬁlm Mission Impossible: Ghost Protocol. Preity and Arjun Rampal called Cruise a super cool guy and tweeted that they had a great time that evening. By the way, Aamir and Tom were seen locked in an animated conversation for almost an hour!