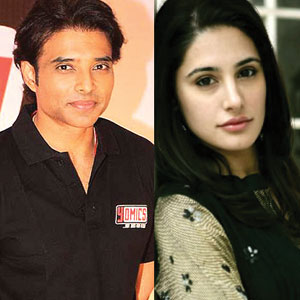 Even as everyone waits for Aditya Chopra and Rani Mukherjee to unite in holy matrimony, there is a strong buzz that Aditya’s younger brother, Uday is all set to tie the knot with his half-Czech, half-Pakistani girlfriend, Nargis Fakhri in March this year. Yes, the two who met during the shooting of a film, have apparently been dating for over a year now. In fact, it is being said that the two families have already met to discuss the wedding. Rumor also has it that the marriage was to take place earlier, but was postponed due to the sudden death of Uday’s father, Yash Chopra.

Uday and Nargis were also spotted enjoying a private dinner in New York recently, on the occasion of Uday’s birthday. The couple, however, chooses to keep their lips sealed.