A Primer on Foreign Corrupt Practices

By Parth Munshi and Naeem Ramatally 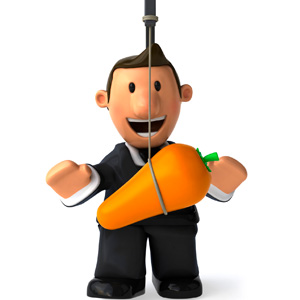 Gratuities, kickbacks, tips, commissions, sweetheart deals, or whatever you choose to call it—you may be treading on a minefield of gray area that could land you in legal trouble, if you don’t know the law about doing business abroad.

A part of doing business overseas involves an understanding of how to operate in the environment to get to your goal, whether it is obtaining utilities for a new site or a license needed to begin operations. In many countries, paying government officials is a very real and prevalent part of the environment. However, gratuities, kickbacks, tips, commissions, sweetheart deals, or whatever you choose to call it, are generally prohibited for U.S. companies doing business abroad and can result in criminal and civil actions. Of course, bribery is already illegal in most parts of the world, but it takes place despite laws to prevent it. Companies often consider buying their way into lucrative government contracts, or gain permits because of under-the-table cash paid to government officers. Although people recognize the harm bribery causes to society, it still continues unabated in many parts of the world. Currently, India is seeing mass protests and hunger strikes seeking to end government corruption, including bribery. In the U.S., not only is bribery illegal within our borders, but companies based here may also get in trouble for participating in bribes paid overseas. The Foreign Corrupt Practices Act of 1977 (known as the “FCPA”) prohibits the payment of bribes to foreign individuals to obtain or retain business. U.S. citizens and companies are naturally covered by the FCPA, but a 1998 amendment expanded the law to cover foreign companies and individuals who make or facilitate bribes to foreign officials from within the U.S. Penalties for violating the FCPA may range from fines and civil penalties, even to jail time. Although mostly large companies and high-level executives are the ones covered in the news for FCPA violations, small businesses and individuals are just as vulnerable to prosecution as the big players. If you or your business conducts business internationally, you should take care to understand the rules of the FCPA and make sure that there is no inadvertent violation by your employees or contractors. Basically, the law prohibits bribes to foreign government officials. This can mean any person in the government, regardless of rank, to whom a bribe is paid in order to obtain or retain business. This can even apply to individuals in an international public organization or simply any person acting in an official capacity. Both public and private companies are covered by the law. If your U.S. business has a subsidiary in a foreign country, your company can be held liable for bribes paid by that foreign subsidiary under the FCPA. Simply routing bribes through a third party is also covered, so an offender cannot defend himself from prosecution under the FCPA if he knew the payment would end up directly or indirectly in the hands of a foreign official. Whether an offender “knew” about the bribery through a third party may be based on even a “conscious disregard” and “deliberate ignorance.” So ignoring your business associate’s actions on your behalf will not save you or your company from prosecution under the FCPA. U.S companies also need to make sure that the diligence on any business they are looking to acquire reviews compliance with FCPA and similar anti-bribery laws. Bribes do not necessarily have to be a cash payment. A bribe may also consist of a material gift, a discount, payment for a vacation, or anything else of value. In fact, many companies that have attempted to escape detection of their bribery efforts never bribed officials with cash at all. Instead, prosecutors brought suit against those companies for gifts and perks conferred to government officials in lieu of cash. Whether a bribe such as an all-expenses-paid trip has been given may not be immediately evident to a U.S. prosecutor. However, the FCPA violations may give rise to lawsuits by companies who feel they have been hurt by another company’s bribes to government officials. That way, the provisions of the FCPA may reach transactions that may be hidden from an investigator, but quite obvious to a competitor. A good practice for companies doing business abroad is to have a training program for employees to cover what may be unacceptable under the law. It may only take one overly ambitious employee to embroil your company in litigation and hefty fines that could have been avoided with adequate systems in place to prevent bribery. Finally, there are some exceptions and defenses to the FCPA. Money paid to officials for routine  governmental actions such as obtaining police protection and securing mail pickup and delivery may be exempted. In addition fees paid to facilitate an action that does not involve any discretion on the part of the government official may also be permissible. For example, if the government official does not have a right to deny a permit, a small fee to expedite the process is generally okay. Actions otherwise illegal under the FCPA may be safe if they are legal under the written laws of the country where they happen. Of course, these exceptions and defenses are not always clear, and the advice of counsel may be necessary if you are unsure. For more information on the FCPA, consult the U.S. Department of Justice web site for guides and a full text of the FCPA. If you need specific information on whether an action is illegal under the law, consult an attorney.

[Parth S. Munshi concentrates his practice primarily in corporate governance, securities regulation and disclosure, mergers and acquisitions, NYSE and NASDAQ compliance, and general corporate matters; Naeem Ramatally is a law clerk, and both are at the firm of Kumar, Prabhu, Patel & Banerjee, LLC, which hosts this column. Disclaimer: This article is for general information purposes only, and does not constitute legal, tax or other professional advice.]