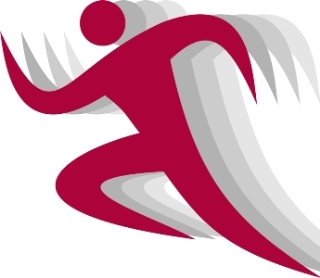 By the time the spectacular closing ceremonies of the 19 th Commonwealth Games were over on October 14th, India had managed to redeem some of its pride.

The run-up to the CWG was riddled with tales of corruption, mounds of rubble at upcoming sites, big delays in completion of infrastructure, collapse of a major footbridge, caving of a ceiling at the swimming complex, uninhabitable living conditions at the Games village, snakes and similar creatures in the living quarters of the athletes, and grave security concerns.

Some believed the Games would be cancelled. Games Federation President Mike Fennel was asked repeatedly whether he would cancel the games because of negative media reports. Even Suresh Kalmadi, chairman of the organizing committee, was concerned international teams would withdraw from the Games.

The media, team officials and organizers were up against each other, pointing fingers at Kalmadi and party for the muddle.

It was feared that the chaotic Games would spoil India’s image as an emerging economic juggernaut and send the wrong signals to foreign investors looking to tap the booming trillion-dollar economy.

However, as the Games proceeded, concerns dissipated, starting with the breathtaking opening ceremony. Athletes began to rave about the hospitality in Delhi and the venues gradually filled up. The closing ceremony transformed Jawaharlal Nehru Stadium into the world’s biggest disco. The passing of the flag to Glasgow for 2014 CWG and Scottish laser show also rendered some stunning visuals.

When it all ended, the Games turned out to be a fitting tribute to the bonds, friendships and historical feats among the 71 Commonwealth nations, whose athletes strove zealously to live up to the spirit of the Games. Despite many doubts, India showed the world that it can entertain, host and celebrate a global sporting extravaganza.

Athletes such as British swimmer Rebecca Adlington and Canadian archer Dietmar Trillus said they thoroughly enjoyed the experience, culture and world-class infrastructure. India’s legendary runner Milkha Singh, father of professional golfer Jeev Milkha Singh, described the Games Village as the best he had ever seen. “Minor hiccups happen everywhere and they should not be given too much of importance,” he said. “Things should be looked upon in totality and these are super infrastructures created for athletes.”

The business world gave the Games a ‘thumbs up’ as well, with the blue-chip Sensex stock index hitting a near-three year high during the Games. Viewership on Doordarshan TV, the official telecaster of the event in India, reached a peak of 34.6 million, increasing with each passing day as India notched medals.

The country won 101 medals – 38 gold, 27 silver and 36 bronze – a record for Indian achievements in any international sporting arena. The gold medal haul placed India in second place after Australia. Abhinav Bindra, the ace shooter who began India’s gold medal line, aptly said, “It’s the changed mindset that ‘We will go for gold’ that’s responsible for India winning so many medals in CWG.”

Positive reinforcement for the athletes followed generously. State governments such as Maharashtra’s offered winners class-one jobs as officers and awarded cash prizes: Rs.1,000,000 for a gold medal, Rs.750,000 for a silver and Rs.500,000 for a bronze. Prime Minister Manmohan Singh granted a sum of Rs.7 billion to train Indian athletes.

There have also been lessons for hosting future events of this scale, such as the advantage of including the private sector in the organization of events. The allegations of massive corruption need to be thoroughly investigated, given that taxpayers were footing the bill. There were goof-ups in procuring tickets. The first few days witnessed empty stadiums, as too many complimentary tickets had been issued at the cost of including the general public. People were forced to buy tickets in black near the counters or gates.

The stamp of “redemption” and “success” of the games is also hardly unanimous. An editorial in The Telegraph, Kolkata, described the mood of jubilation surrounding the games as a country basking in the “afterglow of non-failure.” The editorial went on to say, “There was nothing in the Commonwealth Games — from conception to completion — that quite merits the excellence certificate. No aspect of it was a signpost for the future or a new standard of international performance.”

The critics notwithstanding, there is a widespread mood of optimism that the India that has carved a niche in industries such as software, telecom and medicine, can now also be a sporting nation in times to come.