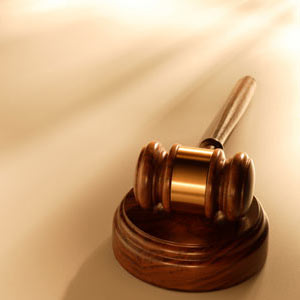 Many companies spend a lot of their resources on employee development and training, and if those employees leave to pursue independent endeavors, the training and development goes with them. This is especially harmful when a former employee chooses to go into the same business as the employer and actually competes with the former employer for the same business and clients. In an attempt to protect themselves, employers sometimes include non-compete covenants in the employment contract that restricts the employee’s ability to compete with the former employer after leaving the company. Until now, such covenants were difficult to enforce in Georgia because the Georgia Constitution—and in turn Georgia courts—were wary about the negative economic effects of restricting competition. However, beginning on January 1, 2011 it will become significantly easier for Georgia employers to enforce non-compete and other restrictive covenants against their former employees. A majority of voters approved an amendment to the Georgia Constitution that will radically change how and when the courts will enforce these covenants, and in turn what employers will be able to include.

The Georgia Constitution previously prohibited any contract that might have the effect of reducing competition. This made it very difficult for employers to draft restrictive covenants because if a court found any portion of the covenant to be too broad, it would strike the entire provision. As a result, employers were forced to draft extremely narrow covenants that afforded little protection.

The new amendment has changed a number of things. If a court finds a portion of a restrictive covenant is unenforceable, the court may now modify that portion instead of completely throwing it out. This gives employers more protection because instead of losing the entire restrictive covenant, the court can modify it so the employer keeps some protection. Also, the amendment expressly allows non-compete covenants that have reasonably restrictive time frames, geographic areas, and set of activities for the employee. However, such covenants can only be enforced against executive employees, employees who have important confidential information or access to customer lists, or employees with specialized skills they gained by working for the employer—in other words “key” employees who would be able to use employer information or skills in order to directly compete with their former employer.

Also, the amendment expressly permits non-solicitation covenants that prohibit employees for a specific time after termination from soliciting or attempting to solicit business from clients they worked with while at their former employer. The non-solicitation covenant does not need to specify a geographic area or types of services and products that are prohibited.

What does this mean for employers? Firstly, the law only applies to agreements entered into after November 3, 2010. If employers wish to have prior agreements covered by the new law they should revise old agreements or draft new ones. Although the new law does give employers more rights, they should still be concerned about having reasonable time, geographic area and practice restrictions. Nevertheless, employers who have provided significant training to employees or otherwise have employees who develop strong relationships with clients should be able to enforce non-compete and non-solicitation provisions in their employment contracts.