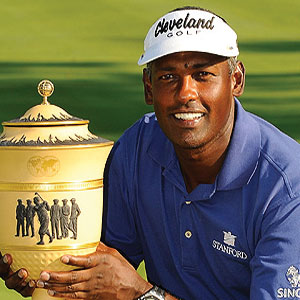 Vijay Singh will turn 50 next February, but you wouldn’t know it from how well he’s been playing recently. The Hall of Fame golfer from Fiji, who once spent 32 weeks as the top-ranked player in the world and has won three major titles, finished 8th at the BMW Championship, 7th at the Canadian Open and 9th at the British Open. It’s no wonder he isn’t eager to leave the PGA Tour and join the 50-plus gang on the Champions Tour next year. “I’m going to be on the (PGA) Tour,” Singh told reporters. “I don’t think I’m going to play the Champions Tour this year.”