Home > Magazine > ChaiTime > AN APP THAT ASKS US TO ‘RE-THINK’

AN APP THAT ASKS US TO ‘RE-THINK’ 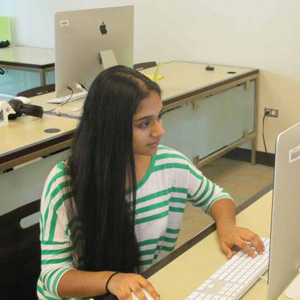 Have you ever posted something offensive on social media that you later regretted? If so, you may want to get an app called ReThink, which will warn you about potentially offensive messages through a pop-up window: “Whoa. Hold on. Are you really sure you want to post this message? It could be offensive.”

ReThink was developed by 15-year-old Trisha Prabhu as a way to combat cyber bullying. The Naperville, Illinois, teen was inspired to create the app after hearing about an 11-year-old girl who had committed suicide following acts of cyber bullying.

Trisha expects her app to be particularly useful for adolescents, who do not have the impulse control that adults do.

“The adolescent brain is like a car with no brakes, so we don’t think about what we’re doing when we’re posting something,” she told ABC News.

Her app detects words and phrases that could be offensive and is able to consider the context in which they’re expressed.

“ReThink is able to understand the difference between ‘I hate Chicago’s weather,’ and ‘I hate you,’ because those are two different scenarios,” Trisha said.

Perhaps ReThink could help us resist our impulses in many other situations:

Shopping: “Whoa. Hold on. Do you really want to buy that? It’ll take you three years to pay it off.”

Eating: “Whoa. Hold on. Do you really want to eat that? It’s more calories than your recommended daily allowance.”

Playing the lottery: “Whoa. Hold on. Do you really want to buy another ticket? Your chances of winning are slimmer than Donald Trump’s chances of occupying the White House.”