AN ASCENT WITH AN ACCENT 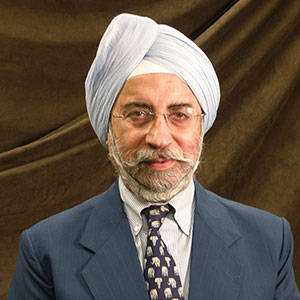 Aside from students attending University of Virginia, Satyendra Singh Huja is the only Sikh resident of Charlottesville, Va. And now he’s the city’s mayor.

Huja, 70, who was elected to city council in 2007 and re-elected in 2011, was recently chosen by the five-member council to serve as mayor for a two-year term.

“There are not too many communities in America where a guy with a beard and turban who doesn’t look mainstream can get elected,” Huja told the local newspaper, The Daily Progress. “And I think people realize that I do have some skills and qualities of use that are more important than what I look like.”

His accent, not his appearance, has been a target for some citizens. One of them complained at a council meeting last August that she and others “have been unable to understand Mr. Huja’s comments at City Council meetings and forums for years,” according to local newspaper The Hook.

Another citizen, as well as Huja’s fellow councilors, immediately came to his defense. The council held a vote of confidence for Huja and unanimously approved it. “I think the fact that someone has an accent shouldn’t disqualify them from public office,” Councilor Kristin Szakos said.

Certainly not, especially since many politicians work very hard at being difficult to understand.