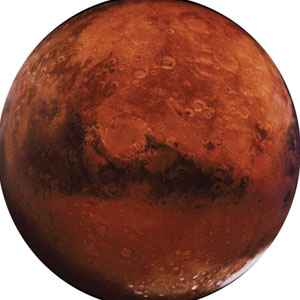 India launched a spacecraft to Mars last month at a cost of only $75 million, raising eyebrows among space enthusiasts around the world. Political scientist Ian Bremmer tweeted that India’s mission to Mars is “less expensive than many NY/London apartments.” The Sepia Mutiny blog responded that it was “cheaper than some desi weddings probably.” Indeed, Indian industrialist Subrata Roy spent $128 million on a double wedding for both his sons in 2004.

So how did India’s space agency ISRO (Indian Space Research Organisation) manage to keep costs down for the interplanetary mission that’s expected to reach Mars next September? Kopillil Radhakrishnan, chairman of ISRO, told Forbes magazine that the organization believes in cost effectiveness. “The Russians look for robustness and the Americans go after optimization,” he said. “Our aim at ISRO was how do we get to Mars on a budget.”

Offering an example of a cost-saving measure, he said the technology for the launch vehicle was acquired by working with the French in the 1970s. “There was no money transaction. We have since produced 120 such engines with Indian materials and fully fabricated here. For every successive launch, we have taken the base of our previous, proven launch technology, modified and built on it.”

There’s an important lesson in ISRO’s approach, not just for other space organizations, but also for all those desi couples planning their weddings.