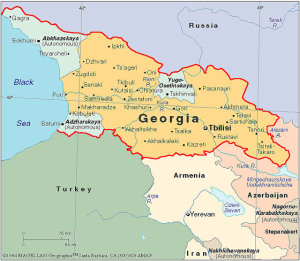 The word spread quickly through the farming community in Georgia: thousands of Indian farmers, mostly from the northern state of Punjab, were heading to Georgia to buy large parcels of fertile land.

“Who’s selling it to ‘em? That’s what I wanna know,” Jack Turner said to his friend Conrad Brown, as they sat in the annual meeting of the Georgia Farmers Association (GFA).

“Whoa! I never heard of dirt so cheap. You sure it’s in Georgia?”

“Yes, it’s Georgia all right. Saw it on the Internet with my own two eyes.”

“Dang! How come we can’t find land so cheap?”

“I dunno, but I heard Indians are good at bargaining. That’s what my friend Ronnie says. He used to own a Quality Inn in Gainesville and tried to sell it to an Indian guy for $4 million, but the Indian guy said, ‘Just sell me the Inn for $1 million, you can keep the Quality.’” 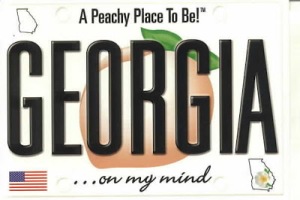 Meanwhile, thousands of miles away in Punjab, two farmers were discussing the opportunities in Georgia.

“I’m dying with excitement, Satwinder. I looked at a map and Georgia is next to Florida. My cousin, Sukhdeep, lives in Florida. When I tell him I might be visiting him soon, he will be dying, too.”

“Country of Georgia? You mean Georgia is an independent country now? When did it break away from America? Stupid Google hasn’t updated their maps.”

Meanwhile, in the country of Georgia, two Sikh farmers were drinking tea and discussing the influx of farmers from India.

“There’s just too many of them coming. Every day, another plane-load.”

“You want the government to stop giving out so many visas?”

“Yes, that would be a good idea. But not until my brother and sister get here.”

“Oh, Mohinder, you can’t just bring your relatives over. It’s not fair to the rest of our village.”

“That’s true, Kulwinder. But if they all come here, we’ll be back in India.”

Meanwhile, at a tavern in Tbilisi, the capital of Georgia, two men were drinking Kazbegi beer and arguing about the benefits of allowing Indian farmers to purchase so much land.

“What do you have against the Indian farmers anyway, Levan?”

“They’re so different from us, Zurab. Look at them. They wear turbans, and they speak a strange language, and they’re using up all the carbon dioxide.”

“No, you idiot. I’m talking about all the plants they’re growing.”

Meanwhile, at a courthouse in Tbilisi, the authorities were pleased that they had finally caught one of the foreigners doing something illegal and brought him before a judge.

“You’ve been accused of operating a pharmacy without a license. Is it true?”

“Yes, it is true, your honor. But it is not my fault. You see, my name is Charanmanjayavarun. People are having trouble pronouncing it, so I say, just call me Farmer C. Next thing I know, people are coming from all over Georgia, asking me for medicine. So I bring some from India. Ayurvedic medicine. I’m only trying to help.”

“Do you have something for back pain? My back has been killing me.”

“Come and see me. I will give you a special mattress from India. Ayurvedic Posturepedic. Your pain will disappear.”

“You brought a mattress from India?”

“Well, it is really a mat. I am exaggerating about the ‘tress’ part. But it is very good for your back.”

Meanwhile, back in the state of Georgia, Jack Turner and Conrad Brown were studying a map.

“So that’s where it is, Jack ... I didn’t realize it was so close to the mountains.”

“Are you sure we’re doing the right thing? We don’t even know how to speak Punjabian.”

“We can’t afford to pass this up. Look at the incentives the government is offering us: land subsidies, free water, lifetime supply of suntan lotion. They need new farmers to replace the ones who’ve left.”

“This is really crazy. We’re going there and they’re coming here.”

“Yeah, I know. What is this world coming to?”