DESI SATIRE: Time to Work on My Language Skills 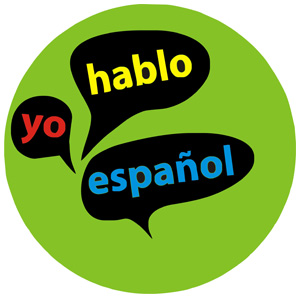 My family and I recently returned to America after living in Canada for seven years. I thought the transition would be easy, but I’m having a little trouble with my language skills. I went to see a counselor to find out why I was having difficulty understanding people. She listened to me for a few minutes, shook her head and said, “¿Hablas español?”

“¿Hablas español? Do you speak Spanish?”

“No, I don’t speak Spanish. But I speak English fairly well.”

“Well, you might be able to survive. But if I were you, I would learn a few useful Spanish phrases, such as ‘Soy un idiota que no habla nada de español.’”

“What does that mean?”

“It means ‘I am an idiot who doesn’t speak any Spanish.’”

I do feel like an idiot—more often than I’d like to admit. I never realized that America would one day become a bilingual country. Well, it’s not officially a bilingual country yet, but the writing is on the wall, and if you can’t read it, then you’d better work on your Spanish.

Canada has been a bilingual country for many years. English and French have equal status under the Constitution, which means that new immigrants are expected to speak the languages equally poorly.

In the Winnipeg neighborhood where we lived, we hardly ever heard any French. We were far more likely to hear Punjabi. And unlike in Quebec, we didn’t even hear anyone speaking French with a Punjabi accent, what’s commonly known as Frenjabi.

In the Chicago suburb where we now live, you can’t walk a mile without hearing Spanish—especially if you’re walking that mile inside Wal-Mart. But it’s not just Wal-Mart that employs many Hispanic workers—lots of businesses do (as they should). Most of these workers are fluent in English, but they often speak to each other in Spanish. This is quite natural, of course, but sometimes discomforting, such as when I’m paying for an item at Wal-Mart and the clerk makes her co-workers laugh by saying something in Spanish: “Pobre hombre, su esposa le envió a la tienda a comprar Kotex nuevamente.” It isn’t difficult to guess what she’s saying: “Poor guy—his wife sent him to the store to buy Kotex again.”

Spanish is here to stay, so I’d better get used to it. Having two prominent languages in a country as large as America shouldn’t be a big deal. After all, I come from India, where every state has its own language, and people who travel around the country for business can usually speak several languages or, at a minimum, curse in them.

I hope I won’t ever need to curse in Spanish, but I’ll certainly need to learn some useful phrases.

Since I often spot bad drivers, I need to be able to tell them what I think: “No es su culpa, señor. Deberían haber escrito la ‘No conducir en el Lago’ signo en español.” (“It’s not your fault, mister. They should have written the ‘No Driving Into the Lake’ sign in Spanish.”)

And since I’m fairly new to the area, I need to be able to ask for directions: “¿Me puede decir cómo llegar a la nave que tiene los productos de higiene femenina?” (“Can you tell me how to get to the aisle that has feminine hygiene products?”)

In case you’re wondering, I used an online English-to-Spanish translator for some of these phrases. When I entered the phrase “English is superior to Spanish,” here’s what it said: “No, señor, usted es un idiota que no habla nada de español.”