Home > Magazine > ChaiTime > Do We Need to Know Everything about Neeraj Chopra?

Do We Need to Know Everything about Neeraj Chopra? 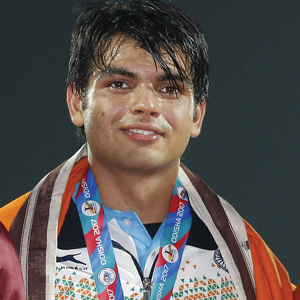 Neeraj Chopra was fairly well-known before this year’s Olympic Games, but winning a gold medal in Tokyo propelled him to stratospheric stardom. He became a national hero and legendary athlete with a single throw of the javelin, and everyone wanted to know everything about him. Where did he grow up? Who were his childhood idols? What did he eat for breakfast? Did he wear briefs or boxers?

Almost every media outlet in India wanted to interview Chopra and every Indian with the slimmest of journalism credentials wanted to pepper him with questions. It was only a matter of time before someone asked a question that seemed inappropriate to some people. The first person to ask such a question was Navika Kumar of Times Now, who recently asked the 23-year-old athlete if he has a girlfriend. A girlfriend!

“No, I don’t have a girlfriend,” Chopra responded, adding that he was keeping his focus on sports right now. He seemed unfazed by the question, but others on social media found it inappropriate, wondering what the reaction would be if a female athlete were asked a similar question by a male interviewer.

As the only Indian to ever win an Olympic gold medal in athletics, Chopra has become a celebrity, but even celebrities deserve some privacy. Do we really need to know about Chopra’s sex life? No, not even if he takes his javelin to bed with him.