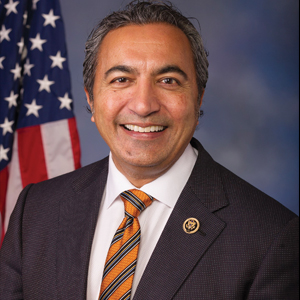 While many members of Congress will remember January 6, 2021, for an attack on the Capitol Building by rabid Trump supporters, Congressman Ami Bera will remember April 4, 2022, for another type of rabid attack.

Bera was one of nine people bitten by a fox around Capitol Hill.

Describing what happened to NBC News, Bera said he felt something lunge at the back of his leg. “Thought it was going to be a small dog or something,” he said. “Kind of jumped and then it’s like, that’s not a dog. It’s a fox. You know, somebody started saying, ‘Hey, there’s a fox attacking that guy.’”

The fox’s teeth pierced Bera’s suit, but did not appear to puncture his skin. Even so, the physicianturned- politician exercised caution by going to Walter Reed Hospital to receive the appropriate shots.

Animal control officers captured the fox the next day and it was humanely euthanized after testing positive for rabies.

“What does the fox say? Last night, I found out,” Bera tweeted. “Joking aside, animal bites are extremely serious. In the case of an encounter, please speak with a physician immediately.”