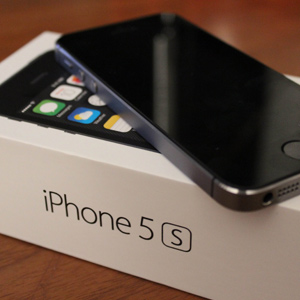 My 12-year-old daughter, Divya, had been asking me for a cellphone for a couple of years and I finally decided to buy her one, not because I thought she absolutely needed one, but because I was tired of her borrowing mine.

“Daddy, can I use your phone for just a minute?” she would ask. An hour later, she would still be using the phone, and when I finally retrieved it from her grasp, I would discover several new apps that she had downloaded.

The new apps didn’t bother me much, but I wasn’t thrilled about receiving dozens of notifications such as “Jessica liked your comment” and “Rupa shared your photo.”

Divya wanted an iPhone, because her friends have Apple products and it would be easier to communicate with them. The iPhone 6 and 7 were priced too high for our budget, so we settled for an iPhone 5, though it wasn’t exactly cheap, at least by my standards. I reluctantly parted with $150 for the phone, fearing that I would regret the expense.

My phone, in comparison, cost me only $80, and if I happen to lose it, I probably won’t lose much sleep. Just a week or two. If Divya loses her phone, I might lose a month of sleep, especially if she starts borrowing my phone again.

What concerns me is that she takes her phone to school. All the other kids do it, she said, so why shouldn’t she? Besides, how is she supposed to occupy herself during the bus ride to school?

“Why don’t you talk to other kids?” I asked.

She looked at me like it was the most ridiculous thing she had ever heard. “Oh Daddy, nobody does that anymore.”

I hate to see Divya being obsessed with her phone, and I also worry that she will lose it or have it stolen from her.

I don’t understand how people can walk around with phones that cost $750 or more. If I spent that much on a phone, I’d want it to be immobile—not mobile. I’d want to keep it in one spot, preferably inside our home, where I can make sure it doesn’t get lost or stolen.

For many people, phones are status symbols, no different from wearing expensive jewelry. But there’s one major difference: jewelry is usually attached to our bodies in some way, unlike a cellphone, which is far more likely to fall out of our grasp—and into the toilet.

Numerous cellphones take the plunge each year, not just into toilets, but into swimming pools, lakes, rivers, and many other places where cellphones aren’t intended to go. For the average American, it’s a loss of not just a few hundred dollars, but also a few hundred cat photos.

Just recently, a man from New York City was traveling on a train, moving from one car to another, when he dropped his phone on the tracks. So what did he do? He pulled the emergency stop.

As reported by the Associated Press, Eric Jones apparently considered it an emergency that he was about to lose his phone. Thanks to his “emergency,” the other passengers on the train, taking the morning commute to work, were delayed, and perhaps late for work. Other trains on several connected lines were also delayed.

Jones was charged with “defiant trespass” and “interfering with transportation.” The article does not say how much Jones’ phone was worth, but it was apparently worth a lot to him.

As for me, if my phone dropped on railroad tracks, I’d just whisper “bye” to it and turn toward my daughter.