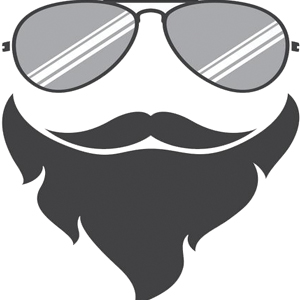 Sometime in the 1990s, I started growing a beard and have maintained it since then, except for one or two lapses. The last time I shaved it off, my wife and kids screamed in unison: “Grow it back! Grow it back! We can see your face!”

The nice thing about having a beard is that I’ve saved a lot of money on razors, not to mention shaving cream and Band-Aids. I’ve also developed a kinship with other bearded men. When we pass each other on the street, we greet each other with a special gesture that’s known only to bearded men.

As a veteran of the bearded community, I’m able to empathize with all the men who have faced discrimination for no other reason than the natural growths on their chins. Beard discrimination does not get as much attention as other forms of discrimination, but it can be quite harmful. Just ask all the bearded men who are barred from certain jobs or automatically cast as villains in Hollywood movies.

Thankfully, the BERM (beard equal rights movement) has enjoyed significant victories in recent years, partly because of courageous individuals who are willing to challenge unfair rules.

Until last year, for example, Air Canada was among several airlines that required pilots to be cleanshaven. Why was this rule in place? Here are three reasons: (1) Beards make it harder to observe facial expressions in noisy cockpits; (2) Pilots with beards are less aerodynamic than clean-shaven pilots; and (3) Children have been known to lock themselves in the airplane lavatory, saying to their parents, “Sorry, Mommy and Daddy. I feared the beard!”

Actually, the real reason that Air Canada banned beards in cockpits was the belief that a clean-shaven face is better suited to create a proper seal on an oral-nasal face mask. Such masks protect pilots during in-flight emergencies, not only providing oxygen, but also keeping out carbon monoxide and toxic fumes.

In late 2016, Air Canada asked researchers at Simon Fraser University in British Columbia to test the effectiveness of the masks on bearded men. The participants in the study had beards of varying lengths, and the researchers found that men with short or medium-length beards suffered no adverse effects when wearing masks in emergency-like conditions. The men with long beards, however, were extremely grateful that Canada has universal healthcare.

In reality, no one needed medical treatment, as far as I know. The masks protected even the men with long beards, but their oxygen levels were lower than for men with shorter beards. As a result of this research, Air Canada changed its policy and now allows pilots to have neatly trimmed beards of 1.25 cm or shorter. (If bystanders can spot the beard through the cockpit window as the plane takes off, it’s probably too long.)

In late 2018, another major employer decided not to discriminate against beards. Publix, a company that operates almost 1,200 grocery stores in America, announced that its employees would be allowed to have beards, as long as the beards are neat and don’t exceed two inches (5 cm) in length. This new rule, however, does not apply to female employees. They aren’t permitted to display facial hair, even at Halloween.

A few years ago, I was extremely pleased when the U.S. Army began allowing Sikh soldiers to have beards. But I’d like to see the Army allow everyone to grow beards, not just those who do so for religious reasons. What about all the men who feel a strong affinity to their facial hair, who would rather say goodbye to their wives than their beards? Shouldn’t they be allowed to serve in the Army and actually say goodbye to their wives?