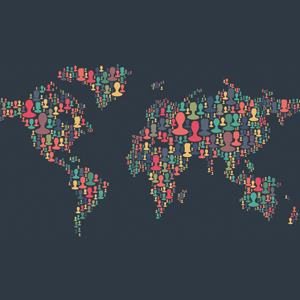 Within the next decade, India is projected to overtake China and have the largest population in the world. But China is not ready to give up the No. 1 spot without a fight. That’s why China’s ruling Communist Party recently made a big announcement: married couples in China will now be allowed to have three children.

As a father of three, I was happy to hear this news. I don’t think there should be any limits on the number of children you can have. Go ahead and have as many children as you want, within reason. When I say “within reason,” I don’t really think it’s wise to have more than 50.

Of course, Ziona Chana of Mizoram may disagree with me. He belongs to a religious sect that permits polygamy and has about 90 children from almost 40 wives, according to news reports. If India overtakes China and attains the No. 1 spot, newspapers in Mizoram may carry this headline: “India Beats China, thanks to Chana.”

China was once so far ahead of India, I didn’t think India had any chance of catching up. When China reached the one billion milestone in 1980, India’s population was only about 700 million. It would take 17 more years before India’s population hit one billion. But while India’s population continued to grow steadily, China implemented a strict one-child policy in 1979. For the next three decades, all Chinese children were deprived of siblings. Having a brother or sister was as strange in China as having freedom of speech.

The one-child policy slowed China’s population growth, but created another problem. As the population grew older, there weren’t enough young people to fill all the jobs and keep the economy going. Many Western countries solve this problem by allowing more people to immigrate. Canada, for example, has opened its doors to not just high-skilled immigrants, but also those with skills that the country needs. Among the semi-skilled and low-skilled jobs currently in demand: truck-driver, livestock worker, and food and beverage server. If you happen to be a truck-driver who can haul livestock, as well as food and beverages, you’ve got it made. Canada will roll out the welcome mat for you.

Canada has a land mass of 9.98 million square kilometres, making it the second largest country in the world by total area. But it has a population of only 38 million, so it shouldn’t be surprising that Canada encourages its people, including all the immigrants, to have more children. If you give birth to a child in Canada, the government gives you about $500 per month to take care of your child. If you have a second child, the government gives you $1,000 per month. If you have a third child, Prime Minister Justin Trudeau shows up at your door to shake your hand. “Thank you for helping to populate Canada,” he says, handing you a gift certificate for 10,000 diapers.

Unlike Canada, China doesn’t seem inclined to increase immigration, being already so wary about foreign influence. Immigrants may bring with them crazy ideas such as democracy, civil liberties and human rights.

You may think that married couples in China are excited about having three children, but the reception to the news has been lukewarm. News reporters were actually able to find a few couples who weren’t in their bedrooms trying to make more babies.

Many of them are satisfied with two children and aren’t eager to have more, especially since it costs so much to raise and educate a child. China may need to provide greater financial incentives to parents; otherwise India will soon be cruising into the No. 1 spot.