Home > Magazine > ChaiTime > Fun Time: Consider All The Factors Before Getting A Divorce

Fun Time: Consider All The Factors Before Getting A Divorce 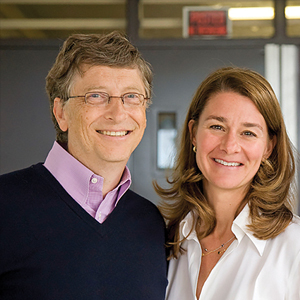 “After a great deal of thought and a lot of work on our relationship, we have made the decision to end our marriage,” the couple said in a statement.

Their words indicate that they did not take divorce lightly. That’s probably why their marriage lasted 27 years. Most celebrity couples have trouble getting their marriages to last 27 months.

Actor Nicolas Cage, for example, was married to Lisa Marie Presley for only 108 days. But you have to give the couple some credit. At least their marriage lasted 27 times longer than Cage’s marriage to Erika Koike, which lasted four days.

The truth is more complicated than that, of course. Divorce is a messy process and most people just don’t want to go through with it, even if it means staying in a marriage that brings them as much happiness as a genital wart.

But as divorce becomes more acceptable in India, the divorce rate is bound to increase. If you’re in an unhappy marriage and contemplating divorce, I have just one word of advice for you: Don’t.

Well, perhaps that’s a little too strong. Divorce may indeed be the right move for you, depending on your circumstances. But before you go through with it, here are some points to ponder:

1. It’s not all about you. Personal happiness should not be your only consideration. Think of the kids. How is it going to affect them? If you don’t have kids, think of your parents and your in-laws? How is it going to affect them? Okay, perhaps you may not really care how your divorce might affect your in-laws, but don’t be surprised if your mother-in-law cries for weeks or your father-in-law calls you names he normally reserves for other motorists on the highway.

2. Don’t use another couple’s marriage as a model. They may look really happy, especially in those romantic photos they share on social media, but do you really know what’s going on in their marriage? Perhaps he’s smiling in the photo because he just received a text from the woman he’s having a torrid affair with, and perhaps she’s smiling because she just wrote a love letter to a man she met online, a soon-to-be-single billionaire named Bill.

3. Divorce won’t necessarily make you happier. A study conducted by the Institute for American Values found that among couples in unhappy marriages, those who get divorced are just as unhappy five years later as those who stay married. It’s better to be unhappy with a little company than to be unhappy all alone.

5. Think of all the shared assets you have. Do you really want to split them? It’s not just the kids you’ll be fighting over—it’s also the pets, the furniture, and the yellowing copies of Reader’s Digest that you just can’t part with.

There are many good reasons to consider divorce, of course. It’s up to you to decide whether to keep the marriage going or, like Bill and Melinda Gates, split your wealth with a divorce lawyer.