Fun Time : ENJOY YOUR LIFE, BUT DON’T BE ADDICTED 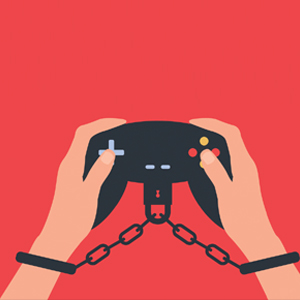 A matrimonial ad placed by a 37-year-old man from West Bengal recently went viral on Twitter. It was first shared by Nitin Sangwan, an IAS officer in Ahmedabad, who made this intriguing comment: “Prospective brides/grooms, please pay attention. Matchmaking criteria are changing.”

Are they really changing? Well, after reading the full matrimonial ad, here’s my answer: “Yes, they are changing. No, they are not changing.”

If you’re wondering why I’m contradicting myself, you may want to read the entire ad: “Chatterjee 37/5’7” yoga practitioner, handsome, fair, non-addicted, advocate in high court and researcher. Lawyer family having house car, parents are present. Village house in Kamarpukur, with no demand, groom seeks fair, beautiful, tall, slim bride. Bride must not be addicted to social media.”

This is an interesting ad for a number of reasons. The groom is 37 years old, so it would be reasonable to assume that as he has grown older, he has relaxed his requirements a little. Indeed, a decade ago, when he was 27, it’s quite possible that he wanted a bride who was “extremely fair, stunningly beautiful, toweringly tall, super slim.”

In another 10 years, if he’s still single, he will have lowered his standards somewhat, seeking a bride who is “somewhat fair, somewhat beautiful, somewhat tall, somewhat slim.”

The groom describes himself as “handsome, fair, non-addicted.” I did not realize that addiction is such a problem in India that a prospective groom needs to emphasize that he’s non-addicted. But the more I think about it, the more I realize that it’s quite an achievement to be “non-addicted.” In fact, I’d like my tombstone to say something like this: “Here lies Melvin, a writer who was addicted to nothing. Not even writing.”

But unless something changes dramatically in my life, that epitaph would be untrue. Just ask my wife and she will tell you all the things I’m addicted to. The only ones I’m willing to reveal publicly are football and dessert. In my younger days, I was addicted to British football, but nowadays, I’m addicted to American football, a completely different sport that barely involves the foot. On Sunday afternoons, when the NFL is on TV, any requests from my wife are usually answered with four words: “Not now. Try Alexa.”

As for desserts, it’s hard for me to survive an entire day without eating or drinking something sweet. This is not good for my health, especially since I’m considered pre-diabetic. Some of the Indian treats that I love, including gulab jamun and jalebi, are so sweet, I’d be better off eating directly from the sugar canister.

Almost everyone in the world is addicted to one thing or another. Some addictions are worse than others, of course. Being addicted to alcohol, tobacco, and drugs can cause great harm to your body and can also hurt other people around you. Such addictions often require treatment, and overcoming the addiction is a feat worthy of the Nobel Prize—or at least the Padma Shri.

But not every addiction seems unhealthy on its face. Some people are addicted to exercise, for example. “This is a good addiction,” they tell themselves, but it doesn’t seem so healthy when they’re exercising outdoors after midnight, confusing the police, who can never be sure who’s running from the scene of a crime and who’s just running.

That brings me to the addiction that the prospective groom from West Bengal is particularly concerned about. “Bride must not be addicted to social media,” he writes. If you’re part of the younger generation, you probably have a message for him: “Good luck with that!”

So many people are addicted to social media. In fact, if the groom is determined to find a bride who’s “fair, beautiful, tall, slim,” he might want to spend some time on Instagram himself.