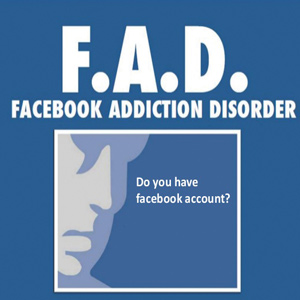 A twenty-something man was prone on the floor, his face in his hands, while a woman comforted him.

“I don’t understand it. None of my friends even clicked the ‘like’ button.”

The 76-year-old woman waited until her name was called, then followed the receptionist into the office of Alfred Zulu, Facebook Addiction Counselor.

“Please have a seat, Edna,” he said with a warm smile. “Tell me how it all started.”

“Well, it’s my grandson’s fault. He sent me an invitation to join Facebook. I hadn’t heard of Facebook, but I thought it was something for me, because I usually have my face in a book.”

“How soon were you hooked?”

“Faster than you can say ‘create a profile.’ I found myself on Facebook at least eight times a day. Sometimes I’d wake up in the middle of the night to check it, just in case there was an update from one of my new friends in India. My husband didn’t like that. He said that friendship is a precious thing and should never be outsourced.”

“It makes me feel like I have a life. In the real world, I have only five or six friends, but on Facebook, I have 674. I’m even friends with Juan Carlos Montoya.”

“Oh yes. I’ve connected with some of the gals from high school. I hadn’t heard from some of them in ages, so it was exciting to look at their profiles and figure out who’s retired, who’s still working, and who’s had some work done. I love browsing their photos and reading their updates. I know where they’ve been on vacation, which movies they’ve watched, and whether they hang their toilet paper over or under. I’ve also been playing a game with some of them.”

“Wouldn’t you rather meet your friends in person?”

“No, not really. It’s so much easier on Facebook. We don’t need to gussy ourselves up. We don’t need baths or perfume or mouthwash. That’s the best thing about Facebook—you can’t smell anyone. Everyone is attractive, because everyone has a good profile pic. One of the gals is using a profile pic that was taken, I’m pretty certain, during the Eisenhower Administration.”

“What pic are you using?”

“Well, I spent five hours searching, but couldn’t find one I really liked. So I decided to visit the beauty salon.”

“To make yourself look prettier?”

“No, to take a pic of one of the young ladies. That’s what I’m using.”

“Didn’t your friends notice that you look different?”

“Some did, but I told them I’ve been doing lots of yoga.”

“When did you realize that your Facebooking might be a problem?”

“I realized it last Sunday night, when I was on Facebook and saw a message there from my husband: ‘I moved out of the house five days ago. Just thought you should know.’”

“What else? I unfriended him, of course!”