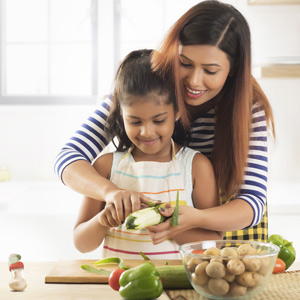 I’ve been a parent for more than 16 years, and let me tell you, it isn’t easy. Every stage of a child’s life unleashes new challenges on a parent. When I hear that a group of kids has committed a misdeed of some sort, I’m not quick to blame poor parenting. I know from experience that it’s not wise to judge other parents until you’ve determined, beyond any doubt, that one of your kids wasn’t involved.

But even if my kids weren’t involved (they’re good kids), I’m not quick to judge the parents because I know that every parent has unique circumstances and unique challenges. If one of my kids does something terrible, I don’t want to be blamed for it. And if one of my kids does something terrific, such as win the Nobel Prize, I don’t want to take the credit for it. I just want to take the prize money. (Well, not all of it. Just enough to pay for the ambulance I’d have to call when their mother faints upon hearing the news.)

Imagine that your child becomes the president of a country—any country around the world—but lacks integrity and is disrespectful toward political opponents, journalists, and others? I know it’s hard to imagine such a president, but let’s stretch our imaginations for a moment. Would you feel proud if your child became a president, but was boastful and ill-mannered, always belittling people on social media? I wouldn’t. I’d want to grab a slipper and chase him or her around, at least until the bodyguards stop me.

Whether my kids become doctors, lawyers, flight attendants, or store clerks, I’d first want them to be caring, considerate, and conscientious adults. I’d rather picture my son as a courteous waiter at a restaurant than a rude billionaire at a beach club.

It’s up to parents to teach their children important values. Here are just a few of the lessons I’d want my kids to learn:

1. Be honest. Lying, cheating, and stealing are examples of dishonest behavior. Children learn at an early age what’s acceptable and what they can get away with. I never let my kids get away with lying, except when they’re telling me that I’m the greatest dad in the world. Father’s Day lies are generally okay— and so is telling me that I’m in great shape and don’t need to go on a diet, or that my hair isn’t falling out—my scalp is just asserting itself.

2. Be respectful. I want my kids to be respectful to their elders, as well as everyone else. It’s easy to show respect to people in equal or superior positions, but how you treat the disadvantaged and underprivileged reveals your true character. All humans deserve respect, even the ones who are crazy enough to vote for the other party. (I’m speaking, of course, about the Libertarian Party.)

4. Be kind. It’s important to be kind to others and not just your own kind. I hope to teach my kids to be kind in many different ways, including opening doors for strangers, helping old people cross busy roads, and handing the remote control to their father when the football game is about to start.

5. Be generous. I want my kids to be generous with their time and money. I want them to be especially generous when a person holds his hand out and asks for money. I don’t want them to say something rude, such as, “Get lost, Dad!”