FUN TIME: NEVER TOO OLD TO IMPRESS A YOUNG FAN 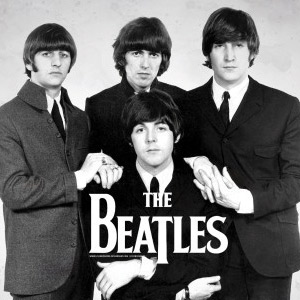 My 8-year-old son, Rahul, can’t get enough of the Beatles. He never tires of listening to their music, much to the dismay of his 11-year-old sister, Divya.

She groans whenever he plays “Hey Jude,” “Let It Be,” or another of their many hits from the ’60s and ’70s on our car stereo or other device. “Not the Beatles again,” she says, covering her ears as though he’s playing a recording of four screeching bugs from England.

She’d rather listen to Taylor Swift, Katy Perry, or just about any artist born in the cellphone era. Instead, Rahul keeps taking her to the rotary-phone era, when the Beatles produced dozens of songs that are as soothing to Divya’s ears as the sounds she hears whenever her father, also from the rotary-phone era, vacuums the carpet.

But try as she might, she can’t curb her brother’s enthusiasm for the Beatles. If he isn’t listening to their music, he’s reading about them or playing one of their tunes on his guitar. He has even talked to his friends in school about them.

Mike: “Beatles? Who are they?”

Rahul: “You’ve never heard of the Beatles? They’re the Fab Four from the 1960s.”

Mike: “1960s? Is this going to be on our next test? I hate studying about ancient history!”

Rahul was thrilled to see his favorite Beatle, 72-yearold Paul McCartney, among the spectators at the Super Bowl—and even more thrilled to see the legendary musician performing at the Grammy Awards.

“Paul McCartney goes to everything!” he proclaimed.

“Not everything,” I said, just in case he was entertaining thoughts of inviting McCartney to his 9th birthday party. (If McCartney showed up, we wouldn’t need any other guests. Rahul would be on cloud nine until his 10th birthday.)

Rahul has been begging us to take him to a McCartney concert. There’s no other concert he’d rather attend, not John Legend, not Bruno Mars, not Beck. McCartney is the only Legend he’d travel to Mars and Beck to see.

The 8-year-old’s fandom is a testament not only to the enduring appeal of the Beatles, but also the staying power of McCartney. He’s not just a musical genius—he’s a musical genius blessed with the energy and stamina of a 22-year-old. Okay, perhaps not a 22-year-old, but definitely a 32-year-old. (His wife is 53, but that’s no big deal. Lots of guys are marrying older women these days.)

McCartney’s “Out There” concert tour, which began in May 2013 in Brazil and ends this April in Japan, has shown just how popular he remains “out there.” He has performed at 63 sold-out shows in 11 countries during the tour, entertaining about 2 million people. That’s almost an entire high-rise building in Mumbai.

While many stars of yesteryear fade into obscurity as they age, McCartney has not just remained in the limelight, he has elevated his lofty stature (if that’s even possible) by continuing to produce and perform music in his own dignified manner. It’s the same dignity that former boxing champ Mike Tyson has shown in his forties, still intent on biting ears, but moving wisely from Evander Holyfield to corn on the cob.

Over the last decade, McCartney has performed at Buckingham Palace, the White House, and Moscow’s Red Square, among many other venues. He has sung “Michelle” for Mrs. Obama, “Come Together” for Bill and Hillary Clinton, and “Think for Yourself” for George W. Bush.

Just as he did with Stevie Wonder, Michael Jackson, Johnny Cash, and others, McCartney continues to collaborate with his fellow singers, no matter their age. At the Grammys, he joined Kanye West, 37, and Rihanna, 26, to perform “FourFiveSeconds,” strumming his guitar with flair, while they did the singing.

“Who’s that old guy performing with Rihanna and Kanye?” some young fans tweeted while watching the Grammys.

“Not him again,” my 11-year-old would have tweeted—and that’s why she doesn’t have one.