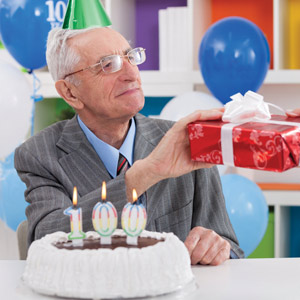 Last October, Ezekiel J. Emanuel, a 57-year-old oncologist and bioethicist at the University of Pennsylvania, declared in an article that he hopes to die at age 75. While “death is a loss … living too long is also a loss,” he wrote in Atlantic Monthly. “It renders many of us, if not disabled, then faltering and declining, a state that may not be worse than death but is nonetheless deprived.”

Emanuel made a compelling argument, but I’m pretty certain that he will change his mind when he turns 74.

If you asked Jeralean Talley of Michigan, she’d probably tell you that the ideal age to die is 125. Talley, who recently became the oldest documented person alive, will turn 116 on May 23, so she’s just nine years away from 125, which would be a world record.

Talley, born in 1899, is one of only a few people still alive with birthdates in the 19th century (No, L.K. Advani isn’t one of them). According to a Reuters report, Talley credits her long life to her faith. She has also abstained from smoking and drinking, and believes in the Golden Rule: “Treat your neighbor as you want to be treated.”

Talley became the oldest documented person on April 6 when 116-year-old Gertrude Weaver of Camden, Arkansas, passed away. The mayor of Camden visited her just before she died. “She was a really sweet lady,” Mayor Marie Trisollini told the Associated Press. “When you asked for advice on how to live a long life she would say, ‘Use a lot of skin moisturizer, treat everyone nice, love your neighbor, and eat your own cooking. Don’t eat at fast food places.’” (There went her endorsement opportunity with McDonald’s.)

Both Talley and Weaver believed in treating their neighbors well. Is that one of the keys to living a long life? Yes, it certainly is. If you treat your neighbors well, they’re more likely to help you when you’re in trouble—and less likely to supplement your water supply with a dose of cyanide.

According to Guinness World Records, the oldest documented person ever was Jeanne Louise Calment of France, who lived from 1875 to 1997, reaching the astounding age of 122 years, 164 days. (Older than Amitabh Bachchan and Abhishek Bachchan combined!)

I’m not sure I’d want to live that long, but if my brain and other organs are working properly, I probably wouldn’t complain. Unlike Emanuel, I don’t believe there’s an ideal age to die.

“By the time I reach 75, I will have lived a complete life,” Emanuel wrote. “I will have loved and been loved. My children will be grown and in the midst of their own rich lives. I will have seen my grandchildren born and beginning their lives.”

When your grandchildren are beginning their lives isn’t an ideal time for you to be ending yours. That’s what I believe, anyway. I’ve got to be around to tell my grandchildren stories and answer all their questions: “Grandpa, what was life like in the 20th century?” “How did you survive without the Internet?” “Did you ever have hair on your head?”