FUN TIME: NOPE, WE’RE NOT SWIMMING ACROSS THE WORLD 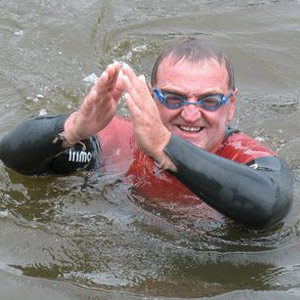 When I heard that a man was planning to complete a 10,000-mile swim around the world, I knew that he couldn’t possibly be Indian.

We Indians have travelled all over the world, but we generally prefer to fly. Before airplane travel became popular in the mid-20th century, we traveled long distances by ship. And before ships were invented, we walked everywhere. If we came across a body of water, such as a lake or ocean, we tried to walk around it. The idea of swimming just never occurred to us.

It’s no wonder, then, that Indian swimmers have rarely been competitive at the Olympic Games. We should be proud that they’re willing to get into the water at all. Most Indians are reluctant to dive or jump into deep water, unless it’s the Ganga.

I’m a terrible swimmer myself. I never took proper lessons, so I’m rather slow and awkward. When I attempt to swim across a public swimming pool, the pool usually closes before I get to other end.

Lifeguard: “Everyone out of the pool! The pool is closing for the day.”

Lifeguard: “No, just stay where you are. We’re going to send a lifeboat out to get you.”

Swimming is an important skill, of course. I’ve read so many sad stories about people drowning in backyard pools, rivers, lakes and other bodies of water. Some have even drowned in bathtubs.

That’s why I made sure I enrolled my three children in swimming classes. They’re now better swimmers than I am, but I hope they never attempt to swim across the world. You have to be an amazing swimmer to do that, possessing not just incredible endurance but also the ability to dodge sharks, piranha, and other dangerous fish.

Martin Strel, a native of Slovenia who lives in the U.S., apparently believes that he has what it takes to attempt the feat, even at age 60. The marathon swimmer plans to start his globe-circling journey in California next March and spend 450 days swimming through oceans, rivers, lakes, and other bodies of water in more than 100 countries. He plans to swim for about 5 to 12 hours each day, traveling up to 20 miles, depending on the weather, currents, and how many fish and other creatures are clinging to his legs.

If you think I’m kidding about all the fish he may encounter, just consider this: he plans to strap a knife to his leg, so he can stab any fish that attack him. I admire his courage, but I hope he doesn’t leave a trail of dead sharks in his wake.

Strel isn’t just swimming across the world for the fun of it. He’s hoping to draw public attention to the growing problem of water pollution. He’s also hoping to discover the whereabouts of the missing Malaysia Airlines plane. (It’s been missing since March 2014, perhaps because we’re too busy looking for things on Mars and other planets.)

Actually, Strel isn’t really planning to search for Flight MH-370, but considering all the debris that ends up in the ocean, I wouldn’t be surprised if he comes across an airplane part or two. More likely, he’ll spot tons of garbage that’s dumped into oceans, rivers, and lakes in various parts of the world.

Strel is inviting—or more accurately, challenging—other people to join him on his swim, even for a short stretch. That’s something I wouldn’t mind doing, swimming with him for a meter or two. Anything longer than that and I’m likely to suffer a heart attack, especially if I feel something nibbling on my leg.