Fun Time: Sorry, No Space Travel for Me 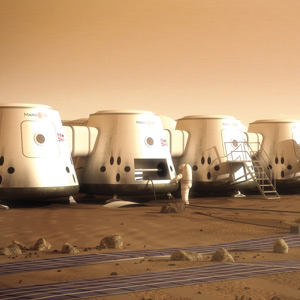 When it comes to space travel, you can count me out for three major reasons: (1) I’m not physically strong; (2) I don’t like taking unnecessary risks; and (3) I’m relatively broke.

The first reason is pertinent to any sort of space travel, but it would be particularly relevant to the one-way trips to Mars that the Netherlands-based nonprofit organization Mars One is planning. The organization intends to take four people to Mars in 2024, the beginning of a gradual colonization of the Red Planet that will eventually produce heart-warming headlines such as “Justin Bieber Moves to Mars” and “Mars Hosts Bollywood Movie Awards.”

Forty-four Indians are among the 705 people worldwide who were recently shortlisted for the 2024 trip. Needless to say, I’m not one of those ‘lucky’ folks who may get a chance to spend the rest of their lives disconnected from Facebook and Twitter.

The physical toll of living on Mars would be too much for an ordinary human like me to bear—I have a hard enough time living on Earth. It’s true: some days I just feel so tired, like I’ve run a marathon or something, but the only running I’ve done is running my mouth.

If I lived on Mars, I wouldn’t be able to just sit back and enjoy a cup of tea. Oh no, there’d be lots of work to be done. I would have to grow my own food and do all the cooking and cleaning myself. If any repairs need to be done to the housing structure, I’d have to take care of it myself. I couldn’t just pick up the phone and call a handyman. He’d have to travel all the way from Earth and the bill would be enormous.

Marriage isn’t really such a big risk, considering all the risks that people are willing to take. But I’m not one of those people: you won’t find me jumping from a plane with an unopened parachute on my back, or swimming across a shark-infested pool, or running through Texas wearing a Barack Obama mask.

If I can’t take any of those risks, then I’m certainly not ready for space exploration. “Human space exploration is dangerous at all levels,” Mars One writes on its website. “After more than fifty years of humans traveling from Earth to space, the risk of space flight is similar to that of climbing Mount Everest.”

I don’t know about you, but climbing Mount Everest isn’t something I’d consider, even after drinking a keg or two. Perhaps in a few decades, things will be different and the Mars One people will be able to say that “the risk of space travel is similar to that of climbing Mukesh Ambani’s house.”

By then, hopefully, the cost of space travel will also be considerably lower. While the Mars One trip won’t cost anything, aside from the sacrifice of leaving Earth permanently, other space trips are being advertised for anywhere from $100,000 to $1 million per person. Four people recently paid about $1 million each to take a trip with actor Leonardo DiCaprio on Virgin Galactic’s suborbital SpaceShipTwo space plane in 2015. I like Leonardo, but didn’t he try the Titanic, too?

Thankfully, I’m fairly broke and can’t afford such a trip. But even if I was loaded, I can think of several ways I’d rather spend $1 million, such as hosting the Bollywood Movie Awards in my backyard.