COVID-19  In-depth info for Indians in Atlanta/Georgia. Click here
Home > Magazine > ChaiTime > Fun TIme: TEARS FOR TIGER, AS HE TEARS IT UP AGAIN

Fun TIme: TEARS FOR TIGER, AS HE TEARS IT UP AGAIN 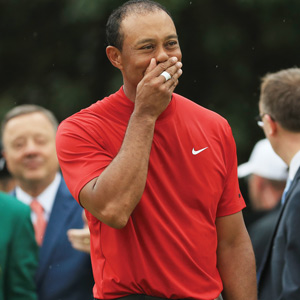 Grown men aren’t supposed to cry, but sometimes I can’t help it, especially when I’m watching sports on TV. If I’m watching my favorite football team and the power suddenly goes out, I might start crying. But I’m more likely to cry when an athlete celebrates a victory with unrestrained joy. That’s what happened when Tiger Woods won the Masters Tournament recently: the tears just started flowing. His tears, my tears, even his opponents’ tears. The 43-year-old Tiger made them cry for different reasons than the young Tiger did.

Tiger won his first major championship in 1997 at the age of 21. He won it by 12 strokes, an amazing margin of victory that he surpassed in 2000 when he won the U.S. Open by 15 strokes. Can you imagine winning a golf tournament by 15 strokes? When you get to the 18th hole, you can start playing blindfolded. You can tap the ball into the air and bounce it off your head a few times. You can make the hole last as long as a Bollywood movie.

Until Tiger came along, golf hardly appealed to me. I didn’t consider it a real sport. I made fun of it. Some of the golfers looked out-of-shape; others looked like they had just left Old Country Buffet. They walked around and hit a little ball into a hole. I didn’t mind watching golf now and then, but only if I couldn’t watch a more intense and energetic activity such as knitting.

Then Tiger came along and changed everything. He played like a tiger, displaying a killer instinct that turned his opponents into rabbits. If he was playing his best, all they could do was hop out of his way. When he lost, he stewed; when he won, he had rabbit stew.

Like many people, I became a Tiger fan more than a golf fan. If he was in contention at a major golf tournament, I watched every stroke like my life depended on it. If he was out of contention, I turned the TV off and reacquainted myself with my wife and children.

From 1997 to 2008, Tiger was in contention more often than not. He won 14 major championships in that span and appeared to have a cakewalk to 18 majors, the record held by the legendary Jack Nicklaus.

But over the next decade, a series of events put his golf career in turmoil. First his marriage crumbled, amid revelations that Tiger had collected mistresses as avidly as golf trophies. Then came a DUI arrest, along with a mug shot that made him look like all those women had visited him in one night.

He also suffered several injuries while playing golf and underwent four surgeries to his back.

Now and then, we saw glimpses of the old Tiger, giving us hope that he’d be able to win another major. But that hope faded as Tiger fell short at tournament after tournament. His days of dominance seemed to be over. The rabbits had put the tiger in a cage, limiting him to little more than an occasional growl.

But Tiger didn’t quit. Teaching everyone a lesson in persistence, he kept pushing against the gate, kept prying it open, kept fighting back. And it finally happened—he won a major championship again. He celebrated by hugging his children, his mother, and anyone else who looked safe enough to hug.