Fun Time: TRUMP HOODWINKS HIS WAY TO THE PRESIDENCY 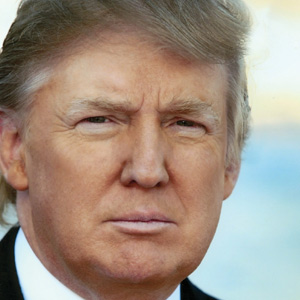 More Americans voted for Hillary Clinton than Donald Trump, but because of an outdated system of selecting the president called the Electoral College— which Trump himself called “a disaster for a democracy” in 2012—tens of millions of Americans awoke on Nov. 9 with a severe case of PTSD (President Trump Stress Disorder).

What made it worse was that pollsters had convinced most Americans that Hillary Clinton would win. One Princeton University professor had crunched the numbers and determined that the chances of Donald Trump winning the presidency were as miniscule as the chances of him going an entire day without telling a lie.

All politicians lie, of course, but Trump wasn’t a traditional politician—that’s why he was able to set a Guinness World Record for most lies told during a political campaign. Yes, Trump shattered the record previously held by Robert Mugabe, president/dictator of Zimbabwe for more than 35 years, who was recently pictured watching a Trump speech, shaking his head and saying, “How does this man live with himself?”

Trump told 1,452,652 lies during the campaign— and that’s a conservative count. The liberal count is much higher. To be fair, some of these lies were “duplicate lies,” such as when he claimed over and over that he had been against the war in Iraq. And some lies can be attributed to his sense of humor, such as when he said, “Nobody has more respect for women than I do.” It would be like my dog, Legacy, saying to another dog, “Nobody has more respect for fire hydrants than I do.”

But many of Trump’s lies were blatant lies, such as when he claimed that he did not know any of the women who had accused him of sexual misconduct. He had indisputably met several of them, but saying “I don’t know these women” was apparently a good way of convincing his supporters that he was totally innocent. After all, many of his supporters were evangelical Christians and they would never elect a sexual abuser as president, would they?

Trump’s bigotry and misogyny repulsed many Americans—and terrified minority groups—but most evangelical Christians were apparently okay with that. Jesus called upon them to “love your neighbor as yourself,” but surely he never imagined that they’d one day be neighbors with Mexicans and Muslims.

Some may argue that they voted for Trump in spite of his bigotry, not because of it. They supported him because he promised to shake up Washington D.C. and bring back jobs. The message to our children is clear: the end justifies the means. Go ahead and bully your classmates. Go ahead and cheat on your exams. Go ahead and lie on your résumé. Go ahead and sleep around. Just make sure you get the job, the money, and the power. And don’t forget to brag. Bragging is important.

“We’re electing a president, not a pastor,” was the refrain of some evangelical Christians. That’s fine, but when your teen-aged daughter brings home a hate-spouting skinhead with a Trump tattoo on his forearm, please welcome him with open arms. And please try to smile when your daughter says, “Don’t worry, Mom and Dad. He just wants to be my boyfriend, not my pastor.”

We can only hope that Trump is able to put all the intolerance and lies behind him and become a new man. Perhaps after 70 years on this earth, he will change his ways and start treating all people with respect. Perhaps he will make a speech in which he denounces the Ku Klux Klan and all the white supremacists out there. Perhaps he will tear down more walls than he builds. And perhaps, just perhaps, all the people who have been offended by Trump’s intolerance will find a way to tolerate a Trump presidency.