FUN TIME: WHAT’S IN A NUMBER? TWO MUCH 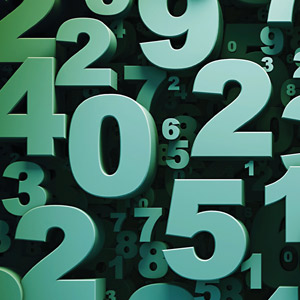 When my sister, Irene, and brother-in-law, Santosh, celebrated their 25th wedding anniversary, they had a big party to mark the occasion. Not surprising. Will they celebrate their 30th anniversary next year with as much excitement? Probably not. The 30th anniversary, by tradition, isn’t quite as significant as the 25th, and neither are the 35th and 40th. When they reach their 50th anniversary, however, they will be showered with congratulatory messages from all seven continents, as well as the human settlement on Mars.

After the 50th anniversary are two significant anniversaries: 60 and 75. Only a few couples are lucky enough to reach their 75th anniversary. Those who do are usually in their mid-90s (or older) and not always sure what they’re celebrating.

Jack: “Seventy-five years? You mean we’ve been in this place for 75 years already? How old am I, anyway?”

Delores: “She’s talking about our wedding anniversary. We’ve been together 75 years, Jack.”

Jack: “Seventy-five years? Goodness gracious, Lord Almighty. When the reverend said, ‘Till death do us part,’ I didn’t realize it would be this long!”

It’s curious to me how some numbers are more significant in our lives than others. Here are some of the most important ones:

2: We love this number because it denotes a couple, a pair. Two is a number we use a lot, whether we’re reserving a “Table for Two” at a restaurant, dividing a sandwich by two at Subway, or yelling “Number 2!” from the bathroom.

7: We gave importance to 7 when we decided how many days to have in a week and how many dwarfs to help Snow White. The National Basketball Association (NBA) and other sports leagues follow a best-of-seven format in their playoff rounds. Seven is a lucky number for director M. Night Shyamalan: The critics love every seventh movie he makes.

12: A dozen is how we prefer to acquire a lot of things. Try selling people a carton of 11 eggs and they’ll probably laugh in your face. But a dozen is perfect, whether it’s eggs, roses, or Saudi wives.

13: Thirteen is the unlucky number, the number we try to avoid. Many high-rise buildings don’t have a 13th floor—they just skip to the 14th. Tiger Woods’ marriage fell apart when he made the regretful mistake of getting a 13th girlfriend. For most professional athletes, a dozen is perfect.

16: This is a significant birthday for girls, Sweet Sixteen, signifying their passage into womanhood. Sixteen is also the number of hours in a day that the average teen-ager spends on Facebook.

21: This is a significant birthday for boys, signifying their passage from soft drinks to hard drinks. Twenty- one is the minimum drinking age in many parts of the world, and also the minimum number of empty beer cans lying around at the birthday celebration.

50: This is a half-century, an extremely significant number. When you get to 50, you’re halfway to 100, and you might just get there, especially if you’re as good as Sachin Tendulkar. (The retired Indian cricketer is the only player to have scored 100 International centuries.) Fifty is the age when you can get senior discounts at a number of places, and it’s also—if you bother counting—the strands of hair you have left.

100: Few numbers can compare to 100 in significance. Getting to 100 makes you a centenarian, old enough to say “Hi, kids!” to everyone at the shuffleboard tournament. It’s truly an honor to be in a list of 100, whether you’re a Top 100 tennis player, one of the “100 Most Influential People in the World” or the first 100 people to get selfies with the Dalai Lama.