Home > Magazine > ChaiTime > Fun Time: Whether You're A Human or Crocodile, Beware of the Slipper

Fun Time: Whether You're A Human or Crocodile, Beware of the Slipper 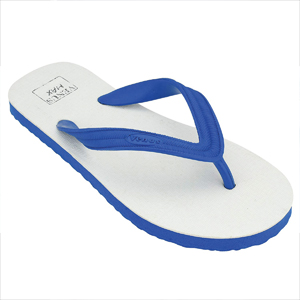 Given a classroom assignment of putting various household objects into categories, many students around the world would have no trouble putting the common slipper or chappal into a single category: footwear.

But others, including those in Asia, Africa and South America, would earn extra credit by putting the slipper into a second category: “How mama spanks me.”

Spanking kids is either illegal or discouraged in many parts of the world, while in others it is both legal and highly encouraged. “Spare the rod, spoil the child” is a widely shared adage, but millions of people have grown up fearing not the rod, but the slipper.

No one knows for sure when the slipper was invented, but some historians trace its roots to Vietnam in the 12th century, when a man named Lee Pham wrote about his fondness for slippers: “I love these flat things with straps. They are so easy to use on the children. Keeps them well-behaved. And now and then, I even wear them on my feet.”

In many households, fathers respond to unruly children by fetching their belts, while mothers merely take off their slippers. My mother, like many others, was quite adept at using a slipper. She would chase me around the house waving the slipper, and I would scream like she was carrying some kind of loaded weapon. I knew nothing about the gun control movement in those days, but I would have gladly marched for more slipper control.

As it turns out, humans are not the only species that suffer from fear of the slipper (chappalphobia). You can scare not just dogs and cats with slippers but also crocodiles. If you don’t believe me, just check out the online video that shows an Australian woman threatening a crocodile with her slipper.

The woman is standing with her small dog on a path across East Alligator River in Kakadu National Park when a large crocodile begins to swim toward her. With no trace of fear, the woman casually takes off her right slipper and waves it at the crocodile.

When the animal doesn’t move, she slaps the slipper against her left hand, as if to say, “This is what you’re going to get if you come any closer.” The crocodile recoils and takes off in another direction, slipping away from slipper lady.

Crocodiles have good memories and this crocodile probably remembered its childhood days, when Mama Crocodile took out the slipper.

Baby crocodile: “Mama, please! Not the slipper! My hide can’t take another hiding.”

Mama: “Do you promise to show more respect to your elders?”

Baby: “Yes, Mama, I promise not to say ‘later alligator’ to Papa.”

While slippers cause fear in children, they’re preferable to most other implements, including belts and canes. Slippers do not generally cause any injuries to your butt. There is usually no risk of being hit in the face with a slipper. That would be a violation of the Geneva Convention on Chappal Justice.

But spanking children is frowned upon in many parts of the world, including America. For younger children, giving them time-outs is recommended, and for older children, taking away their cellphones is quite effective, even if it makes it impossible to summon them for dinner.

If none of those alternative punishments work, you may decide to chase them around with a slipper like my mom did. If they’re smart, like the crocodile, they’ll obey you right away and you won’t have to use it.