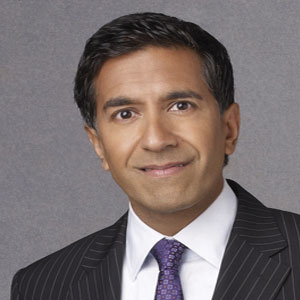 Someone needs to put up signs at Grady Memorial Hospital, Emory University and CNN: “Please stop paging Dr. Gupta! He needs his sleep.”

There’s no doubt that Sanjay Gupta is an overachiever—he’s chief medical correspondent for CNN, a special correspondent for CBS, a practicing neurosurgeon, faculty member at Emory University School of Medicine in Atlanta, and author of three books, including a recently released novel Monday Mornings. What’s also clear is that Gupta doesn’t get much shut-eye.

“It varies, but [I usually get] about six hours sleep,” Gupta recently told Maclean’s magazine.

Gupta isn’t alone among Indian-Americans. A study by Dr. Abhishek Pandey at State University of New York found that Indian-born Americans get six to eight hours of sleep, whereas those born in the U.S. get more than the recommended seven to nine hours.

Gupta and others may be achieving a lot, but could be putting themselves at higher risk for cardiovascular disease, stroke, accidents, and psychological disorders such as depression.

A few years ago, Gupta hosted a primetime special on sleep for CNN. “Sleeping only six hours a night for a week will make you as tired on that seventh night as if you’d had no sleep at all,” Gupta reported.

Hopefully, on that seventh night, he’s not performing brain surgery.