GETTING WISE ABOUT LICE 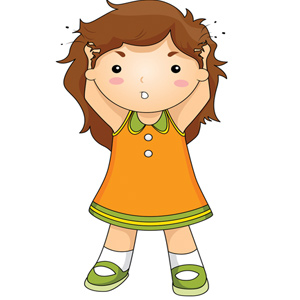 A Catholic school in Bengaluru recently tonsured the heads of several boys who had lice. The drastic action was needed, according to the rector of the institution, because the lice were distracting the boys in class.

Regardless of how the lice were affecting the boys, shaving their heads hardly seems the best way to deal with the problem. Unfortunately, there’s a lot of confusion about lice in schools and elsewhere. That’s why, as an important public service, I’ve decided to answer some FAQs (frequently asked questions) about lice:

Where do head lice live? They live on the head, eyebrows, and eyelashes of people, usually without paying any rent.

Why don’t they move to other parts of the body? They like to be near the human head, where they’re able to get the best view of the world. It’s the same reason humans are always eager to visit the top floor of tall buildings.

Are you saying that lice aren’t very contagious? Most lice don’t migrate as readily as people believe. Some lice, however, will switch heads, especially if two heads are right next to each other, promoting an open immigration policy with no border patrol agents.

What do lice like to eat? Their favorite food is pizza. But they usually have no money for pizza, so they have to settle for their second favorite food: human blood.

Should children with lice be sent home from school? Some schools in the United States have "no nit" policies (nits are lice eggs). They send home any child who has lice, perhaps a little too eager to nitpick. The American Academy of Pediatrics, however, says that "a healthy child should not be restricted from attending school because of head lice or nits." Indeed, if a school regularly sends children home when they have lice, other children will be eager to get lice.