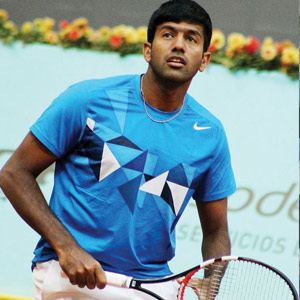 It took him 14 years on the professional tennis tour to do it, but Rohan Bopanna has finally won a Grand Slam title.

The 37-year-old doubles specialist from Bangalore became only the fourth Indian to win a Grand Slam title when he and his Canadian partner, Gabriela Dabrowski, won the mixed doubles championship at this year’s French Open.

The pair had to win a tense tiebreaker in the third set to defeat Germany’s Anna-Lena Groenefeld and Colombia’s Robert Farah in the final.