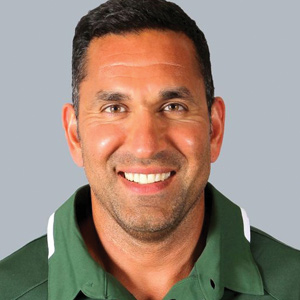 The Buffalo Bills’ loss is the Indianapolis Colts’ gain. The Colts have hired Sanjay Lal as their wide receivers coach.

Bills wide receiver Sammy Watkins had hoped that Lal would remain with the team, but the firing of head coach Rex Ryan meant that his assistants would probably depart. “That’s the one guy I don’t want to leave,” Watkins told ESPN.com late last season. “If he leaves, I don’t know how my mindset would be, honestly. That’s a guy that kind of groomed me into running routes and doing everything the right way.”

Lal will instead be grooming Ty Hilton, Phillip Dorsett, and other Colts wide receivers. The Colts are Lal’s fourth NFL team. A native of Britain who played football at University of Washington, Lal began his coaching career with the Raiders in 2007 and has been coaching wide receivers since 2009.