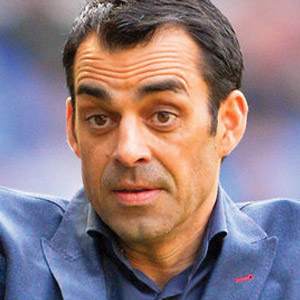 The German soccer club VfB Stuttgart recently hired Robin Dutt as its new Director of Sport. The 49-year-old has coached several teams in the Bundesliga, the premier soccer league in Germany, which boasts the highest average stadium attendance worldwide.

Dutt, whose mother is a native German and father an immigrant from Kolkata, grew up near Stuttgart and played amateur football as a youth. He began his coaching career in 1995 with TSG Leonberg. Before joining Stuttgart, he coached Werder Bremen from 2013 to 2014.

“The club has some big challenges ahead of them, in the ever-changing Bundesliga,” Dutt said, as he accepted his boardroom position at Stuttgart. “In the short-term we are going to invest everything into staying up this season in the Bundesliga.”