Good Sports: GOLFER ON THE RISE 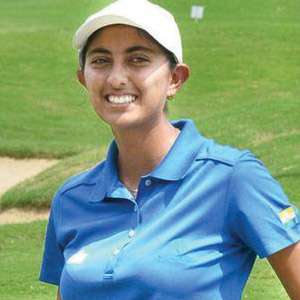 Aditi Ashok, aged 18, recently earned high conditional status at the Ladies Professional Golf Association’s annual qualifying tournament in Florida, allowing her to enter a number of tour events. She becomes only the second Indian woman to play on the LPGA tour, following in the footsteps of Simi Mehra, who played on the tour for several years, beginning in 1997.

Ashok was honored last year as the top rookie on the Ladies European Tour, where she won two tournaments and had seven top-10 finishes. She’s part of a small but growing group of young female golfers in India. “There were three or four girls between ages 7 to 12 when I was a junior,” Ashok told the New York Times. “Now, there are 15 to 20 girls. That’s not a lot, but it’s getting better.”

Ashok, whose childhood home in Bangalore overlooked a driving range, has been playing golf since she was 5. She is ranked No. 100 in the world, the highest ranking of an Indian woman since Mehra reached No. 17 in 1998.