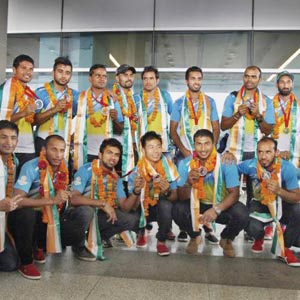 The Indian hockey team won a gold medal at the Asian Games and qualified automatically for the 2016 Rio Olympics. India beat defending champion Pakistan 4-2 in a shoot-out after the teams were tied 1-1 in regulation. It was only the third time India won gold in men’s hockey at the Asian Games, the last triumph coming 16 years ago in Bangkok. The onetime hockey powerhouse has gone medal-less at the Olympics since 1980 and finished dead last among 12 teams at the 2012 Games. A medal seems unlikely in 2016, but with a little luck, India might be able to pull off an upset or two.