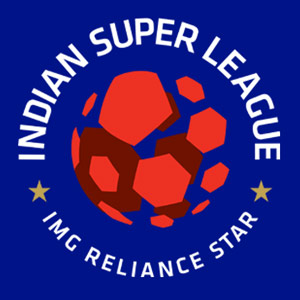 Every month, it seems, a new sports league is launched in India with much fanfare. In other words, a glitzy opening ceremony with a number of Bollywood stars and cricket players on hand. The actors and cricketers are there not just as attention-getting props but often as team owners.

The new India Super League is no different. Officially founded a year ago, it kicked off its inaugural season on Oct. 12 with Atletico de Kolkata defeating Mumbai City 3-0. The 10-week, eight-team league includes teams such as the Kerala Blasters, Delhi Dynamos, and FC Goa.

“It may not be cricket but it will be the next biggest sport,” Sourav Ganguly, co-owner of Kolkata, told AFP. “Everybody will be pleasantly surprised as the football (i.e. soccer) tournament goes on.”

Ganguly, Sachin Tendulkar, John Abraham, Ranbir Kapoor, and Salman Khan are among the celebrities who’ve invested their money in the league, which features domestic and international players. The latter includes some big names such as 39-year-old Alessandro del Piero of Italy and 36-year-old Luis Garcia of Spain, who are well past their prime, but still have the ability, it seems, to collect a hefty paycheck.