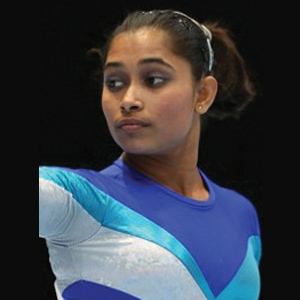 Mohini Bhardwaj has the distinction of being the first gymnast of Indian origin to qualify for the Olympics. She competed at the 2004 Olympic Games in Athens and won a team silver medal.

Joining her in a rather exclusive club is Dipa Karmakar, who recently qualified for this year’s Olympic Games in Rio, becoming the first Indian gymnast to qualify for the quadrennial event.

The 22-year-old gymnast from Tripura earned her Olympic berth by scoring 52.698 points in a qualifying event at Rio. She will be the 12th Indian gymnast to compete at the Olympics and the first since 1964, when six Indian men qualified. Before that, three men competed in the 1956 games and two in 1952.

“It’s the best moment of my life,” she told CNN News 18. “I was preparing for it for a long time. It’s great that all my hard work paid dividends.”