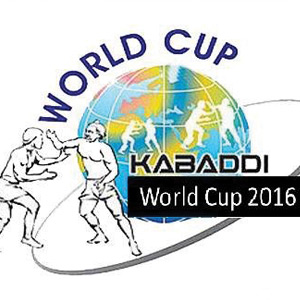 The 8th Kabaddi World Cup will be held this month in Ahmedabad, Gujarat, and the big question is whether one of the eleven visiting teams can end India’s dominance in the sport. The host country has won all seven previous World Cups, but barely beat Pakistan 45-42 in the 2014 final. Pakistan has been runner-ups three years in a row and may be ready to give India its stiffest challenge.

No other country is likely to wrest the title from India, though Iran, Bangladesh, and Canada are not far behind. This year, for the first time, Poland will send a team, coached by Kerala native K. Ganesh.

Michael Spiczko, a Polish kabaddi player, plays for the Bengaluru Bulls in India’s Pro Kabaddi League. A former semi-pro American football player, he was drawn to the physical attributes of kabaddi.

“Kabaddi is at its nascent stage in Poland, but is becoming bigger and bigger each day,” he told PTI last August. “Kabaddi is an interesting sport because it is a team sport and a contact sport, and the Polish people like such sports.”