Home > Magazine > ChaiTime > Good Sports: ON TOP OF THE WORLD FOR THREE DAYS

Good Sports: ON TOP OF THE WORLD FOR THREE DAYS 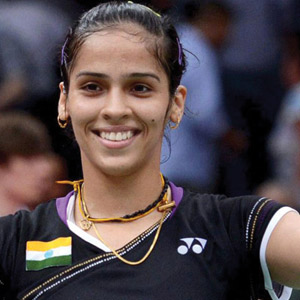 Saina Nehwal, 25, became the first Indian woman to achieve the World No. 1 ranking when she beat Thailand’s Intanon Ratchanok in the final of the Yonex Sunrise India Open.

Her victory, coming on the heels of her runner-up finish at the All-England Championship, vaulted the Hyderabad resident to the top of the badminton world.

“When I joined the sport, I never thought of becoming world number one,” Nehwal told reporters in India.

Unfortunately, her No. 1 ranking lasted only three days. When Nehwal lost in the semi-finals of the Malaysia Open to Olympic champion Li Xuerui, the Chinese player snagged the top ranking, dropping Nehwal to No. 2 in the world.

But whatever else she achieves in her career, Nehwal will always be remembered as a former No. 1 player in the world. That’s an achievement she and her fans will forever cherish.