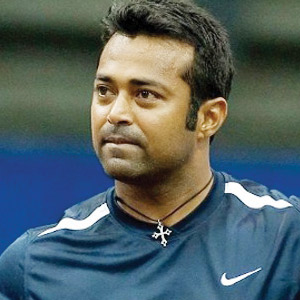 On the verge of turning 45, Leander Paes continues to win matches and solidify his status as the most successful Indian tennis player ever. On April 7, he set a Davis Cup record by winning his 43rd doubles match and propelling India to a 3-2 victory over China in the World Group Playoffs.

Paes, who will turn 45 on June 17, has won eight men’s doubles and ten mixed doubles titles, completing career grand slams in each. Known mostly as a doubles player, he has also notched 48 victories in Davis Cup singles matches and is the only Indian to win an Olympic medal in tennis, a bronze at the 1996 Summer Games in Atlanta.