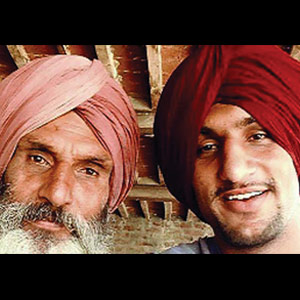 When the Dallas Mavericks selected Satnam Singh Bhamara with the 52nd pick in the 2015 NBA draft, it was the fulfillment of a dream for two seven-footers: Satnam and his father, Balbir.

At 7’1”, Balbir is just an inch shorter than his son and, about 25 years ago, was almost recruited by India’s Central Reserve Police Force under its sports quota. But he was already in his late 20s when he drew recruiters’ attention and deemed too old to be developed into a good basketball player.

“I decided then that if my son grew up to be as tall as me, he would play basketball,” Balbir, who operates a flour mill in Punjab, told the Hindustan Times.

Satnam was 5’9” at age 9, already taller than the average Indian man when Balbir introduced him to basketball. A decade later, with five years of intense basketball training at IMG Academy in Florida, Satnam became the first Indian ever drafted by an NBA team. And his father, often ridiculed about his height, can have the last laugh.

“People used to laugh, and I was asked at family and public functions on what I had achieved because of my height,” Balbir said. “Now nobody will make fun of Satnam’s height. It’s his height that has helped him achieve this landmark.”