Good Sports: Bullish about the Bhullars 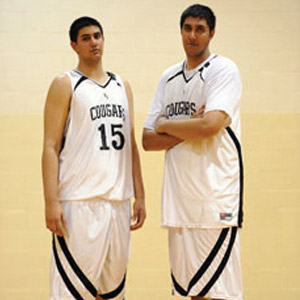 Sony Six, a sports channel launched in 2012, broadcasts NBA games in India, several a week during the basketball season. But if it wants to increase its audience, perhaps Sony Six should consider televising New Mexico State basketball games.

The Aggies have two seven-footers that Indian fans may be eager to watch. Sim Bhullar, a sophomore from Toronto, is seven-foot-five, while his younger brother, Tanveer, is seven-foot-three.

Sim, a center, led his team to the NCAA tournament last month, where they lost to fourth-seeded San Diego State in overtime, despite Sim’s 14 points, seven rebounds, and two blocks. For the season, Sim averaged 10 points, eight rebounds, and three blocks.

Next year, his freshman brother will see more playing time—and the Indo-Canadian twin towers may carry the Aggies all the way to the Final Four.